Relationships: Conflicts and the Art of Apology 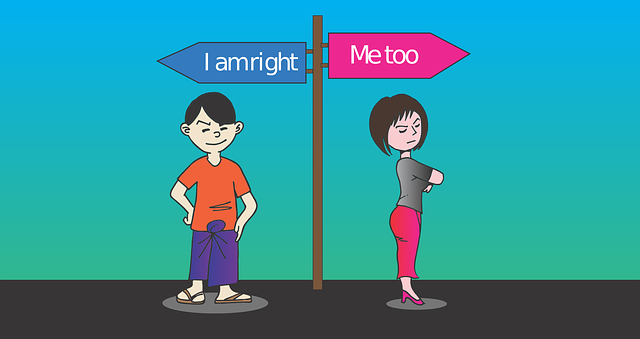 Arguing is bad enough but having to apologize when you realize you were wrong is even worse.

You know what’s even worse than that, though? A partner who is unable to apologize and acknowledge wrongdoing. Sometimes, we just have to own up to mistakes and say, “I’m sorry.”

The simple act of admitting wrongdoing or mistakes can make a huge difference in your partner’s ability to trust you. It shows respect, consideration and commitment to your values.

The ability to apologize can make or break a relationship.

While there is no “best way” to apologize, here are a few tips.

If you are only apologizing to appease your partner, don’t even bother. A false apology is worse than no apology at all. Check in with yourself about your intentions. Are you truly feeling regret? Is your apology coming from a place of truth?

Apologies are often better received when they are specific. The all-encompassing “I’m sorry if I did something to upset you” is less of an apology than a disclaimer. Say what you are sorry about. Acknowledging specific wrongdoing to the other person is more genuine. It shows you are paying attention to your own behaviors as well as your impact on them.

Now is a good time:

Whether it’s an apology for a mistake five minutes ago, or five years ago, timing is irrelevant. Sorry has no statute of limitations, just do it. You’ll be amazed how soul-cleansing it is to say, “I’m sorry,” even if the deed was long ago. It is never too late, nor too early to apologize. It may be therapeutic for both you and the person you’re apologizing to.

After you apologize for a wrongdoing, make an effort to notice and avoid the behavior in the future. If your partner receives an apology frequently for something that you are often doing, it cancels it out. “Sorry” only has meaning when it is followed with a change in the behavior, otherwise it seems like a false apology.

Things to Watch Out For

Sometimes an apology isn’t just an apology. Like most other aspects of human nature, it is complicated. “I’m sorry” can be said for a variety of reasons. Here are some examples of times when apologies should be considered a red flag.

A partner who is irrationally jealous and projects that onto the relationship is likely to make steep demands. A partner who is making accusations and demanding apologies and explanations for benign issues is a warning sign.

If these insecurities become a norm in the relationship, and you find yourself apologizing for things unnecessarily, that is a misuse of the word ‘sorry.’ Explore whether this relationship is satisfying enough to work through these trust issues. But do not apologize when you didn’t do anything wrong.

People who abuse their partners physically, sexually or emotionally often use manipulative behaviors to maintain control. Apologies from abusers usually happen after a particularly abusive event. Emotional apologies and promises to abstain from further abuse can be compelling, but often they don’t hold up over time. These apologies and promises are often futile and merely play on the emotions of the abused person. Sorry doesn’t mean much if you are being harmed. Apologies don’t make the pain go away.

Abusive partners who have impulse control issues of this type are unlikely to be able to simply “stop” losing control. Usually these types of abusive outbursts require serious, specialized professional help over time to change patterns.

Someone who is struggling with addiction to drugs or alcohol may find themselves apologizing non-stop. These apologies may well be heartfelt, but will not mean much until the person has become clean and sober.

Sobriety is hard work and it demands a lot of honesty with oneself and others. An apology from someone who is truly in recovery is a beautiful thing but beware of someone who is actively using drugs or alcohol, as the apology may be more of a diversion tactic.

The Freedom of a Clear Conscience

When you owe an apology and you finally give it, there is a sense of relief. Acknowledging wrongdoing and apologizing for it may feel awkward and clunky, but once it becomes part of your “norms” it truly feels like coming home to yourself. Living a value of truth and integrity practically demands a focus on apologizing when needed. It is freeing.

The trust and respect it shows ones partner is priceless and cannot be replicated in any other way in a relationship. When you can say “I’m sorry” to your partner and it is genuine, it demonstrates a willingness to be vulnerable. It takes a lot of bravery to offer up your failings openly with the person you love.

Allowing that vulnerability opens oneself to further criticism.

You are essentially telling your partner, “this is one of my flaws. I know it, I own it, and I feel badly that it affected you.” An angry partner may respond to this in a number of ways. Hopefully it will be met with compassion, acceptance and resolve to use this knowledge to improve the relationship.

Regardless of the outcome, or the response of a partner, the act of apologizing for wrongdoing brings its own set of benefits. Some of those benefits include self-respect, humility and empathy for those who choose to be vulnerable with you.

Even if genuine apologies have not been a part of a relationship in the past, it is never too late to introduce this as a goal to bring you closer to one another. If you are brave enough to initiate it, your partner is likely to follow your lead.

Sometimes stepping back from the immediate emotion of a situation and taking a look at it from your partner’s perspective can be eye opening. It can help you build empathy and appreciate one another’s needs in the relationship.