Explaining Gender Identity To Someone Who Doesn’t Get It 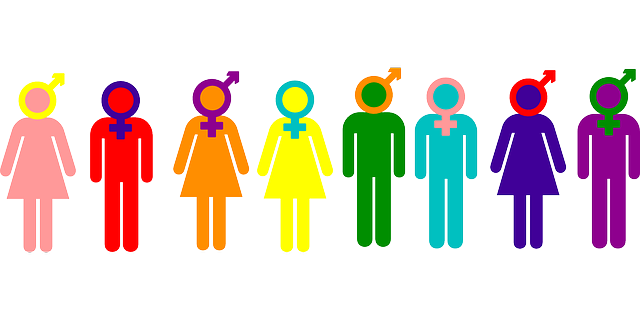 When we encounter someone who doesn’t get the concept of gender identity, it can feel like a futile conversation waiting to happen. It’s tempting to not even bother trying. Because as a whole, people love to categorize.

Humans love to sort stuff; we even carry this obsession with categories into our dealings with one another.

In fact, we have an entire categorizing-data-collection system known as the U.S. Census Bureau. If there is a label, box or demographic that we can assign, we’ll do it.

While it’s in our nature to try and make sense of the world around us, sometimes people in our lives can become quite rigid about their ideas of these labels and what they mean. People freak out when their understanding of “how things are” gets jumbled by additional factors.

Gender identity intuitive for some to understand, while others are left scratching their heads in bewilderment.

We owe great thanks to people in the public eye who have talked openly about their gender identity and how that has differed from their physical manifestation of gender. Thanks to people like Chaz Bono and Caitlyn Jenner, there is more open dialogue about what gender means; the external gender that is presented to the world by physical appearance, and the true gender of the individual, which lies within.

But WHY don’t some people get it?

There are a variety of reasons people may not comprehend the concept of gender identity. This is an important piece to explore, otherwise we may make assumptions that are inaccurate. And we all know that jumping to conclusions doesn’t help anyone.

Someone who has had limited exposure to varying types of people (think small-town, limited diversity, enmeshed populations) may not have encountered the concept of gender identity before.

We build understanding of concepts onto existing knowledge we already possess. We learned how to subtract, multiply and divide after learning the concept of addition. In a similar way, we learn social concepts through things we already know.

Perhaps this person was born into a family that doesn’t discuss topics of gender or sexuality, or maybe they have limited information about these aspects of development. It may take a few layers of understanding for this to remedy itself.

Depending on the norms and cultural values of an individual, understanding of gender identity can differ. It could be useful to explore the underlying cultural assumptions that may influence the way gender is perceived.

Mainstream pop culture is accustomed to thinking about gender in terms of a multi-faceted experience. While transgendered people have always existed, the community dialogue about it hasn’t. Older generations may not grasp the concept as readily as younger people do because it was once such a taboo topic. Once encouraged, older people are likely to chime in with valuable insights.

And then there are those who are too fearful to try and understand. Often fear-based ignorance creates the most hostile responses in people. As long as fear is running the show, there is no amount of education that can get through to a person like this.

These types of situations can be not only futile, but dangerous if the fearful person doesn’t have adequate coping strategies or has impulsivity issues. Some people cannot be educated; tolerance cannot be built because they are too defensive to let it in.

For people who operate this way, there is no ability to conceptualize beyond their narrow scope of experience. People who differ from them are unacceptable and this fear of that which is “different” often permeates all areas of life. Just walk away. Save your energy for places where it can manifest into something of purpose and value.

How to explain gender identity in 50 words or less

Just kidding. Take as many words as you’d like. But often people do have a limited capacity to focus (it’s not an insult, it’s human nature!) Gender identity education can be as simple or complex as it needs to be, depending on the person you’re talking to.

Consider the person’s baseline. If they are coming from a place of limited exposure to the concept, it could be useful to introduce gender identity in general terms, explaining the ways in which people may feel as if they were born into the correct physical gender and those who do not.

Depending on the sophistication of the person’s ability to conceptualize different perspectives, it might be useful to delve into the varying types of gender identifications and how this differs from sexuality and sexual preference.

These concepts are often much easier for children to understand and accept because are still at a stage of development in which they are presented with new concepts about life almost daily.

If educating “people who don’t get it” feels like too much of a task, consider suggesting some reading materials.

Keep in mind that you don’t need to rescue the world from ignorance. Maybe you can inform and enlighten some people along the way, but if it becomes a stressor in your life or if you begin to feel burdened by it, let it go. Remember that even if the other person didn’t seem to comprehend your efforts, you have planted a seed that may someday blossom into a greater understanding.

We can continue to strive toward a broader cultural acceptance of all gender types and identities. The best way we can work toward this goal is by keeping the conversation going, educating each generation from a young age and teaching tolerance of differences and respect for others needs.