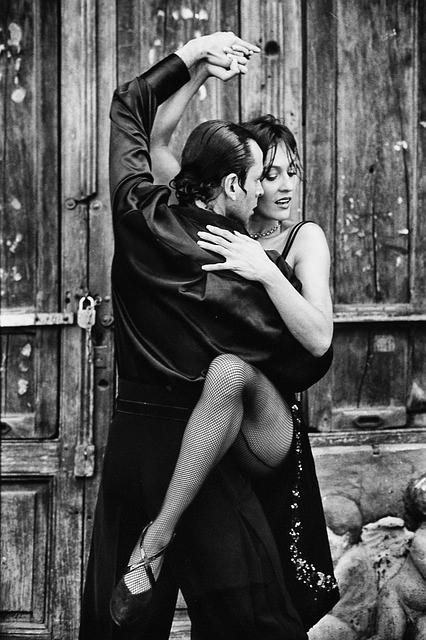 Romance has been analyzed down to it’s scientific components.

As much as we love steamy, lustful attraction, the nerd within each of us quietly wants to know “why?” Is there a reason you are attracted to one person over another?

The powerful, magnetic force of attraction defies definition, yet here we are, trying to solve the riddle.

Over decades, many theories of attraction have been explored. Ideas such as facial symmetry, pheromones, pupil response and character-associated face and body traits have been studied to break the code.

As it turns out, some studies have shown that people are attracted to average faces. Known as the Averageness Hypothesis, composites of a wide variety of facial structures were ranked from least to most attractive.

These studies initially began in 1800s by Sir Frances Galton, and have been revisited many times over centuries, using updated technology. Even with all these studies, there is only partial agreement about the validity of the results.

It tells part of the story, but there is so much more to attraction that has nothing to do with facial features.

Historically, attraction has also been identified in terms of an innate draw to qualities that suggest health and virility.

The pre-programmed goal of “passing on the genes” is also part of the attraction dynamic. We are drawn to health, symmetry, confidence and ability. Body composition is one of the components that taps into instinctual attraction.

In some cultures, women with an hourglass figure are considered more attractive because of the association with reproduction. Along the same lines, men with broad shoulders and similar hip to waist ratios are traditionally identified as more attractive.

With the shift of cultural priorities, thinner body types have become a more recent indicator of attractiveness. We don’t like to think about the fact that we are drawn to certain physical characteristics over others.

It may feel shallow to acknowledge that looks are an important part of the process when it comes to choosing a mate. Since it is instinctual, perhaps it is less ‘shallow’ and more animalistic.

Personality, openness and intelligence are other factors that influence levels of attraction. Have you met someone whom you identify as physically attractive, but there is something about their interpersonal skills is less attractive?

Lack of wit and intellect can impact one’s level of attractiveness, as can their mood and general sense of ‘being’ in the world.

Mating rituals of humans and animals capitalize on these factors, subconsciously.

Males and females engage in behaviors without even realizing it; posturing, eye contact, positioning of hands, hair and face, are all subtle cues that we pick up on without realizing it consciously.

There is also evidence of similarities in traits among people attracted to one another, which is a theory that supports the idea that potential mates subconsciously mirror one another; that like attracts like.

Another interesting component of attraction is tone of voice.

We’ve heard ourselves and others use a “phone voice” or a variation of normal tone in certain circumstances. When talking with someone we are attracted to, our voices even fluctuate. All of this happens on a subconscious level. Men’s voices become lower and deeper (since that is considered an attractive male vocal trait) and women’s voices become higher, which is perceived as more feminine.

To follow the theme of senses, attraction is often subconsciously determined by smell.

The question of whether humans exude odors that draw one another in has been a source of scientific debate for ages. The discovery of Major Histocompatibility Complex (MHC) in the DNA sequence has left another fascinating mystery for all of us to ponder.

In simpler terms, studies have shown that when women sniff men’s sweaty t-shirts, they are able to identify the people they find attractive.

Interesting, right? The MHC of the men’s sweat secretions was subconsciously “sexy” to women who had different MHC expressions in their own DNA.

This is a fascinating method our animal minds have developed for selecting prime mating candidates to create a more perfect being who has the strongest traits of both sets of DNA.

Sharing similar values, a mutual sense of humor, a similar intellectual level and the ability to express feelings are important. If you are drawn to someone’s physical appearance but talking to them is torturous, that doesn’t bode well for long-standing companionship.

So much of our perceptions of attraction can depend on our own cultural norms and what we have had modelled for us during early childhood. This is why we so often find ourselves repeating familial patterns from our own childhoods; we live what we learn on a subconscious level.

It often takes a conscious decision to live differently and to choose differently rather than leaving our partnerships up to the devices of our physical magnetism.

Our bodies are programmed toward genetic strength and diversity and we are drawn to partners who possess those traits.

That doesn’t mean these partners, who would complement our own DNA to create stronger offspring, make emotionally beneficial partners. We can see how being guided purely by attraction could lead us into some fairly unwise partnerships.

At some point, perhaps evolution will find a solution for that conundrum. Or maybe some brilliant scientist will develop an app that can detect when two people meet criteria for physical, mental and emotional attraction that also predicts relationship health.

Until then we will have to rely on our own internal messaging system and trust what nature has provided for guidance. And hope for the best.